All our publications are available as downloads or paperback from Amazon – just click on the title.

All of us have a story to tell. This Anthology reflects some of the work produced by the members of the Cutting Edge Writers Group. The group meets every week to hone their writing skills and exchange ideas. We hope you enjoy this, our first collection of short stories and poems. A collection from The Cut, Halesworth, England.

Vegetarians and Custard by Felicity Jelliff

MAC from the Daily Mail wrote: ‘Sitting as I often did in the garden of Mary’s sipping a cup of tea and guarding my cream cake from the attention of the squirrels, little did I know of the traumas, the organisation and the skills involved in running a successful country restaurant. Now I do. What a revelation.

‘This book is a joy, an inspiration and a warning to any would be restaurateur.’ 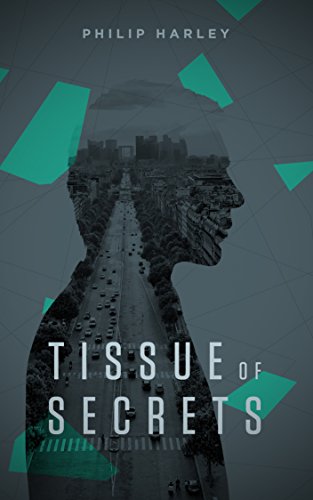 of Secrets by Phil Harley

When Tom’s mother dies he discovers the truth about his father, a journalist who uncovered the terrible events about the forcible displacement of the islanders of Diego Garcia in the late 1960s and early 1970s. But was the journalist’s death on a Paris street in 1971 an accident?

In 2008 Sophie, an MI5 agent, is on the tail of a group fighting to restore the islanders’ right to return.

The lives of Tom and Sophie become entwined and they both discover some remarkable secrets about themselves and each other.

Sophie’s parents, Tom’s best friend and his mother’s oldest companion all play a part in a web of intrigue that spans almost fifty years.

Sherlock Holmes: The Soldier’s Daughter and other stories by Malcolm Knott

A collection of six new Sherlock Holmes adventures: intriguing mysteries which perfectly capture the authentic flavour of the Conan-Doyle originals.

No News is Good News by Maggie Cammiss

Daniel’s been in touch. He’s coming back for the party. Gx Eleanor was gearing up for marriage when her boyfriend Daniel rejected her without explanation and disappeared. Four years later, she has thrown herself into her hectic career as a TV news editor.

She is happy and successful and has definitely moved on. That is, until Daniel returns with a brand-new fiancée on his arm and her golden chance turns out to be not as shiny as she had first anticipated …

Television producer Sara Cassidy has her life all mapped out. She loves her job making weekly feature programmes for TV news channel UK24, and is looking forward to furthering her ambitions in the media. She is devastated when her fiancé makes a shattering confession, but she hardly has time to come to terms with his betrayal when her closest friend is involved in a freak accident and Sara’s world is turned upside down once again.

As Sara struggles to maintain a professional perspective, she finds solace in a new interest and a blossoming romance. But she has to be careful who she trusts in the cut-throat world of television news. Just as she is finding her feet again the career that means so much reveals its murkier side. When she suddenly finds herself at the other end of the camera lens, Sara discovers that in the struggle for ratings, loyalty is in short supply.